Written by
The Grantley Group
Posted in
Food & Drink 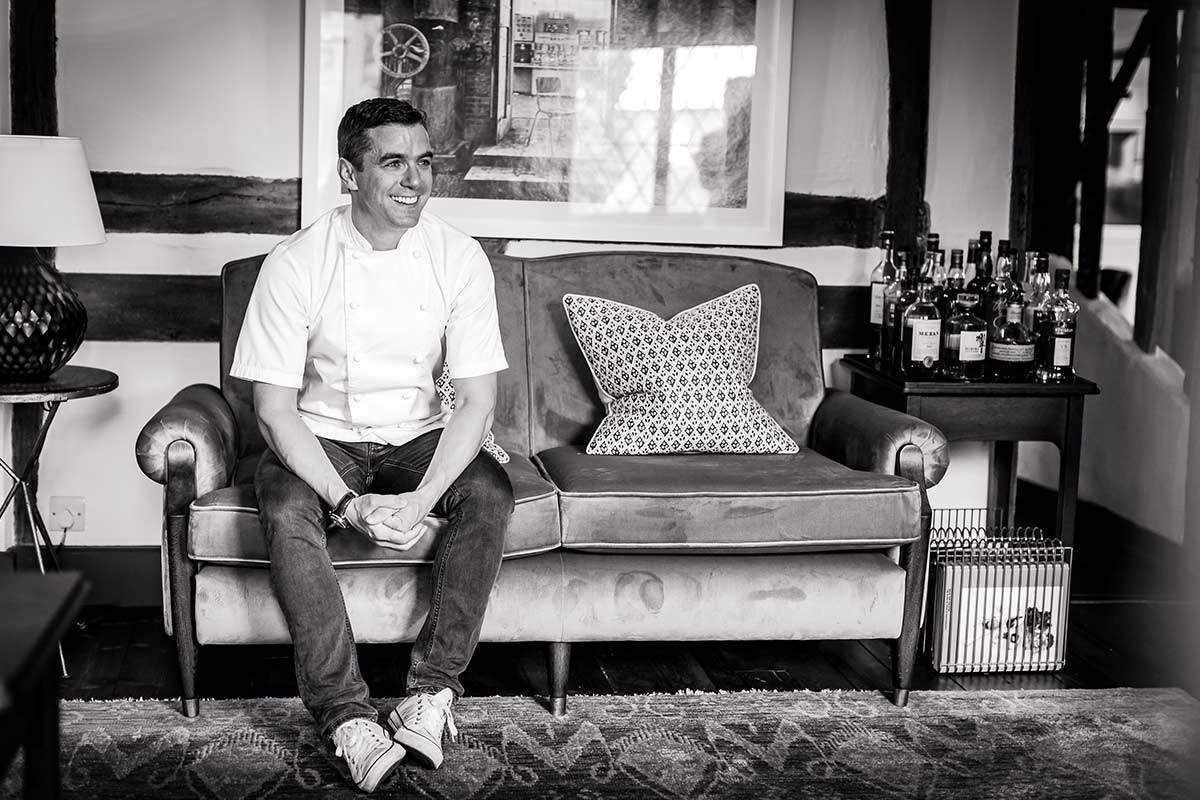 Interview with Steve and Laura Drake of Sorrel restaurant in Dorking

It’s been an agonising year for the hospitality industry but the resilient team behind Dorking’s Michelin-starred restaurant, Sorrel, continues to win accolades and is fighting back with a new range of at home suppers and local business partnerships. We spoke to owners Steve and Laura Drake about how they’ve weathered the storm.

How did the idea for Sorrel Suppers come about?

Steve: Last year when we closed, we didn’t think it would go on as long as it did. I certainly thought we’d continue to be open after the summer and everything would be okay. So initially I was resistant to the take away idea – I didn’t want to turn out something that wasn’t ‘Sorrel’ and we weren’t sure if it would be possible to recreate that experience at home.

Laura: We also have children, who we were homeschooling, and we felt it was important to prioritise that and make the most of having Steve at home for a while.

Steve: So, the suppers came about at New Year. The restaurant was fully booked but then we were told to close again and we had something like 200 portions of venison in the fridge, sauces, stocks etc. So, we adapted the menu and did it as a takeaway, if anything so we could work and give the team and our customers a bit of a boost because everyone was really down. We thought we might get 50 orders but ended up doing 140!

Laura: And the feedback was just incredible – the photos people sent and comments… everyone was urging us to do more.

What can people expect from a Sorrel Supper?

Steve: What I hope we can bring to people’s tables at home is the skill we utilise in the kitchen at Sorrel. We work just as hard on the creative menu creation as we would in the restaurant. Some of the dishes take days to prepare, one of the sauces we provided in a recent Sorrel Supper had 25 ingredients for example, and that’s a lot for the average home cook! I didn’t want to set people up to fail at this. It’s really important that the dishes are all Sorrel dishes but something that people can do at home relatively easily. We pre-poach the meat for example so all you have to do is colour it in the pan, the sauces just need to be heated through and then, of course, you can add the final finishing touches.

Laura: After the first couple we decided to do an Instagram Live video to accompany the meal so Steve can demonstrate how to prepare the dishes and people can ask questions – it’s been really good fun and there’s been an amazing feeling of camaraderie.

How have they been received thus far?

Laura: The response has been amazing – each supper has sold out within 48 hours of us launching! People have been sharing pictures of their meals on Instagram and we’ve been so impressed with how they look. People are now doing zoom parties so there’s groups of 10 or so who watch Steve’s videos with a cocktail and then ‘cook together’ but individually from their own households.

How have you been able to involve other local businesses?

Laura: We started thinking about how else we could help recreate the ‘Sorrel experience’ at home so we ended up producing these Sorrel candles for Valentine’s, we’ve now got Sorrel aprons and bags,  we’ve also teamed up with Nest in Ripley and Cherfold Flowers in Hambledon as additional pick up points – the idea being that we hope people might then grab a coffee when they pick up their Sorrel Supper or order some flowers as a gift or to add a special addition to their tablescape.

Steve: Everyone is struggling at the moment, so it’s nice that we’ve been able to try and involve other local businesses, particularly ones on our doorstep, and we’d love to explore ways of working with others in the future too.

What have you learnt over the past year?

Laura: How amazing our team is. It’s been such a difficult time for them but they have all really stepped up. And our customers, who have been so supportive – when we have been open, it’s been so busy and we’ve really appreciated their loyalty.

Steve: As a small, independent business we’re able to react quickly and make changes. I’m one of those people who’s not scared of making a mistake. Hopefully I’ve made more good decisions than bad but if I do make a mistake I try not to beat myself up, I move on and try something different. This is something I’ve learnt with experience but has been particularly useful over the past year.

How will Sorrel look as a business once restaurants can re-open again?

Steve: It’s been an interesting year and it’s made us look really long and hard at our business model – at opening hours, staffing levels etc. I actually think that when we are able to re-open, we’re going to have a better business than when we closed last year.

Sorrel Suppers are available fortnightly and cost £60pp. Visit sorrelrestaurant.co.uk to sign up to the Sorrel newsletter and find out what’s on the latest menu and you can follow Sorrel on Instagram @sorrel_restaurant_dorking and on Facebook @SorrelRestaurantDorking